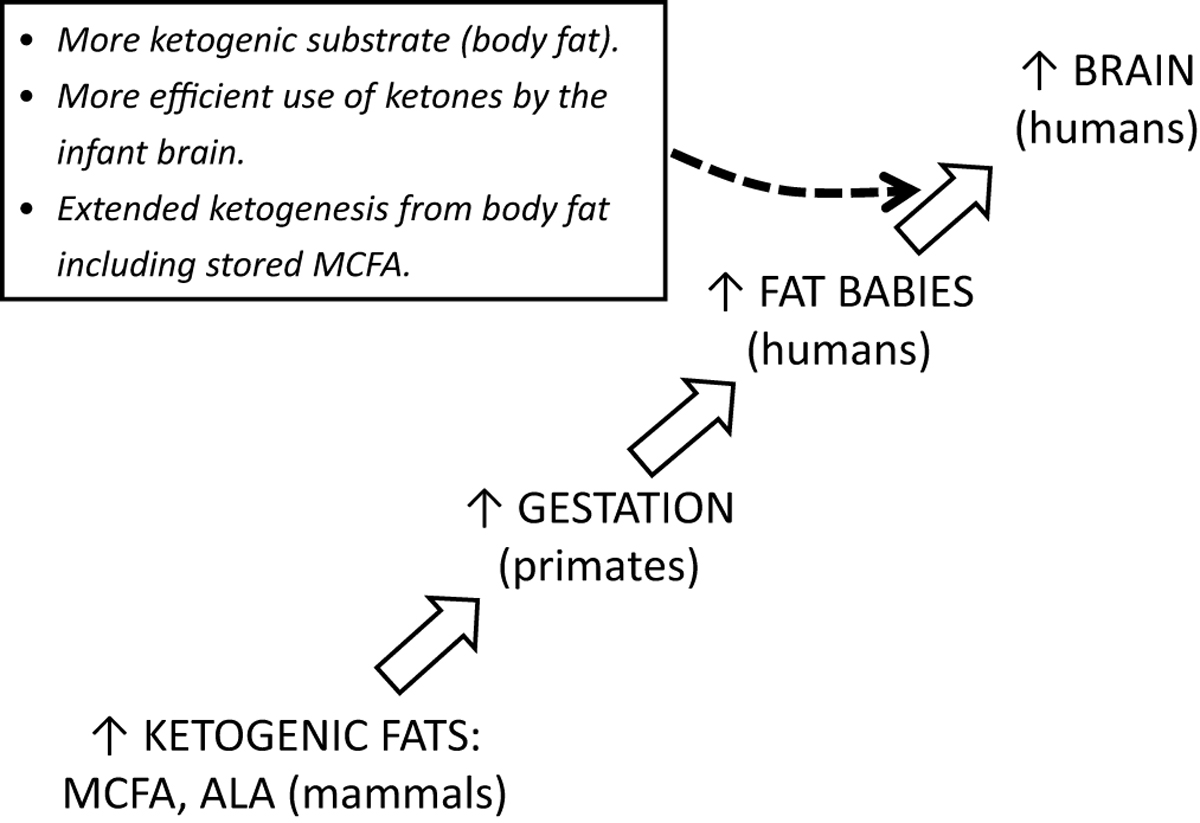 Setting the metabolic stage for human brain evolution. The capacity to generate ketones from medium chain fatty acids in milk is common to all mammals so would have been a non-specific but essential mammalian feature needed for eventual evolution of the human brain. Prolonged gestation in primates over other mammals would also have favoured brain growth on the fetus but was also not specific to humans. Amongst primates, fat babies are unique to humans and the fat is an energy and nutrient reserve for the brain. Hence, the evolution of fat babies was a crucial to support the energy and structural needs of fetal and neonatal brain expansion in humans. As described in detail elsewhere (Cunnane and Crawford, 2014), a shore-based habitat was a critical source of brain selective nutrients including docosahexaenoate, iodine, iron, zinc, copper, selenium and probably vitamins D and A. ALA: α-Linolenate; MCFA: medium chain fatty acids.